Do it yourself, or seek audit defense representation?

END_OF_DOCUMENT_TOKEN_TO_BE_REPLACED 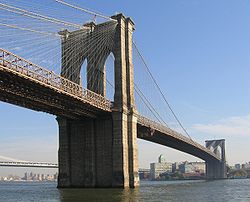 END_OF_DOCUMENT_TOKEN_TO_BE_REPLACED

Formerly known as BOE California State Board of Equalization

END_OF_DOCUMENT_TOKEN_TO_BE_REPLACED

Effective May 30, 2009, a new law imposes a 10 percent administrative collection processing fee on any outstanding debt older than 90 days. The fee is equal to 10 percent of the total amount of tax, penalty, and interest owed, or $10 for each collection event, whichever is greater. A “collection event” is defined as any time a taxpayer fails to:

END_OF_DOCUMENT_TOKEN_TO_BE_REPLACED

Here is a New Year resolution you can’t afford to ignore… No more tax problems!! Yes, you can get rid of your tax problems in 2009.

END_OF_DOCUMENT_TOKEN_TO_BE_REPLACED

As per Los Angeles Times

The effort is part of a new program to catch scofflaws. Investigators will be checking for seller’s permits, business licenses and evidence that firms are collecting and paying enough sales and use tax

END_OF_DOCUMENT_TOKEN_TO_BE_REPLACED

The California Court of Appeal once again has ruled invalid the state fee imposed on limited liability companies (LLCs) under former Rev. & Tax. Cd. § 17942 (the “§ 17942 fee”). Affirming the lower court, the Appeal Court held that the § 17942 fee as applied to Ventas, an LLC that conducted business in California and other states, was not fairly apportioned and, therefore, violated the Commerce Clause because the levy was based on total income without apportionment to income attributable to, or derived from, California sources. The court rejected the Franchise Tax Board’s (FTB’s) request for judicial reformation of the former statute to allow an apportioned fee refund since Ventas did business in California and other states unlike in the earlier Northwest case (that held the fee invalid) where the LLC conducted no California business. However, the court concluded that neither federal due process nor any principle of California law requires the FTB to refund the entire amount that Ventas paid. Consequently, the refund should be limited to the amount Ventas paid for the years in issue that exceeds the amount that would have been assessed, without violating the Commerce Clause, using a method of fair apportionment. The postjudgment order awarding attorney fees was also reversed, and remanded for the lower court to redetermine eligibility and the amount of reasonable fees in light of the partial reversal of the lower court’s judgment.

END_OF_DOCUMENT_TOKEN_TO_BE_REPLACED

Among the most frightening words a business owner can hear are the words: sales tax audit. There are many reasons why this is a phrase that should be feared, not the least of which is that the negative outcome of a sales tax audit may cost you your business, your accounts receivable, your current business & personal assets, and can leave you starting over with nothing. There are options available to you though, keep reading to learn how you can survive this trying time.

Begin with the best possible defense – an exemplary system of record keeping when it comes to sales tax paid, received, and possible exemptions. Document everything and review your documents with an internal sales tax audit yearly. This gives you a great opportunity to catch mistakes that may have been made and correct them before an actual audit takes place. You will also want to review your documentation immediately prior to your audit.