The following is a summary of important tax developments that have occurred in the first three months of 2018 that may affect you, your family, your investments, and your livelihood. Please call us for more information about any of these developments and what steps you should implement to take advantage of favorable developments and to minimize the impact of those that are unfavorable.

Appropriations Act tax changes. On March 23, President Trump signed into law the Consolidated Appropriations Act 2018 (P.L. 115-141), a $1.3 trillion spending bill that funds the federal government through September. 30. In addition to funding the government, the bill also contains a number of tax provisions, including a fix to the so-called “grain glitch” which provided a disproportionate tax benefit to farmer who sold goods to co-operatives, a provision enhancing the low-income housing credit with a four year increase in the State housing credit ceiling, and a large number of technical corrections, including ones revamping the new partnership audit rules.

Bipartisan Budget Act includes 2017 impact. On February 9, President Trump signed into law the Bipartisan Budget Act of 2018 (P.L. 114-74). In addition to providing a continuing resolution to fund the federal government through March 23, the 2-year budget contained a number of tax law changes. In particular, the Budget Act retroactively extends through 2017 over 30 so-called “extender” provisions, included welcome tax relief to victims of the California wildfires and Hurricanes Harvey, Irma, and Maria, and provided a number of miscellaneous tax-related provisions.

Short-term funding bill delays some Obamacare taxes. On January 22, President Trump signed into law the Federal Register Printing Savings Act of 2017 (P.L. 115-120), which ended the government shutdown and funded the government through February 8th. It also suspended several Affordable Care Act (ACA, or Obamacare) taxes. The 40% under Code Sec. 4980I excise tax on high cost employer-sponsored health coverage (the so-called “Cadillac tax”) was delayed to apply for tax years beginning after Dec. 31, 2021; the 2.3 % Code Sec. 4191 medical device under was delayed retroactive to the beginning of 2018 to apply to sales after Dec. 31, 2019; and the annual fee on health insurance providers was suspended for 2019 (however, it remains in effect for 2018).

The IRS will not accept “silent” 2017 returns. The IRS said it will not accept electronically filed 2017 tax year returns that don’t report whether the taxpayer has complied with the individual mandate provisions of the ACA. Under the ACA shared responsibility or individual mandate provision, individuals are required to obtain qualifying minimum essential coverage (MEC), receive an exemption from the coverage requirement (e.g., on account of having household income below the return filing threshold), or pay a penalty. Tax returns that didn’t report full-year MEC or an exemption, or pay an penalty, are referred to as “silent returns”. While the Tax Cuts and Jobs Act (TCJA, P.L. 115-97, 12/22/2017) provides that for months beginning after Dec. 31, 2018, the amount of the individual shared responsibility payment is reduced to zero, the IRS will not treat as complete and accurate 2017 returns that are silent on compliance with ACA individual mandate.

Battery qualified for residential energy credit. In a private letter ruling (PLR 201809003), the IRS held that a battery that was integrated into an existing solar energy system was a qualified solar electric property expenditure eligible for the Code Sec. 25D tax credit under which an individual may claim a 30% credit for qualified solar electric property expenditures made by him during the year. Thus, it appears that taxpayers can not only save on their electrical bills and tax bills by installing a solar energy system but will also obtain an additional tax credit and shield themselves from grid outages from storms, etc., by installing a battery and storing the energy generated by their solar equipment. But, note that the battery cost will qualify for the credit only if the battery only stores solar-generated energy.

Withholding tables reflect recently enacted tax reform. The IRS released Notice 1036, Early Release Copies of the 2018 Percentage Method Tables for Income Tax Withholding, which updated the income tax withholding tables for 2018 to reflect changes made by the TCJA, including major changes to the income tax rates, an increased standard deduction, and the elimination of personal exemptions, effective for tax years beginning after Dec. 31, 2017. The IRS also provided information that explained the use of the new tables and related subjects. The 2018 federal withholding tables, which were issued later than usual due to TCJA’s enactment, must be used beginning on Feb. 15, 2018. That is also the deadline for changing the optional flat rate for withholding on supplemental wage payments of $1 million or less (bonuses, commissions, etc.) from 25% to 22%.

Withholding on certain publicly traded partnership interests suspended. In Notice 2018-8, 2018-4 IRB, the IRS has announced that, pending further guidance, it was suspending withholding obligations under Code Sec. 1446(f) with respect to certain publicly traded partnership (PTP) interests. Code Sec. 1446(f), which was recently added by the TCJA, provides that if any portion of the gain on any disposition of an interest in a partnership would be treated under Code Sec. 864(c)(8) as effectively connected with the conduct of a trade or business within the U.S. (i.e., “effectively connected gain”), then the transferee must withhold a tax equal to 10% of the amount realized on the disposition. The suspension doesn’t extend to new Code Sec. 864(c)(8), as added by TCJA, which provides the extent to which a nonresident alien individual’s or foreign corporation’s gain or loss from the sale, exchange, or other disposition of a partnership interest is effectively connected with the conduct of a U.S. trade or business.

Do not compromise on your tax service provider, call us for a free and confidential 15 minute consultation at 877-788-2937. 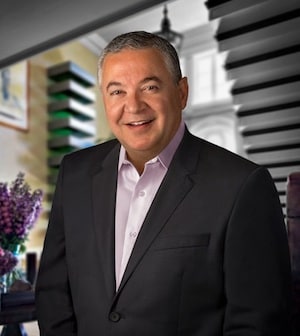 Former Dave Ramsey ELP 2012-2019 is also known as the creator of the Financial Peace University (FPU), a program that helps people get rid of their debt, take control of their finances, and learn new money behaviors that are founded on commitment and accountability. More than one million families have attended FPU classes at various venues, workplace, church, military base, local nonprofit organization, community group or Spanish-speaking organization.

The popular “Dave Says” syndicated column is also available to more than 17 million readers every month. Also, thousands of children have enjoyed his entertaining and educational book series.